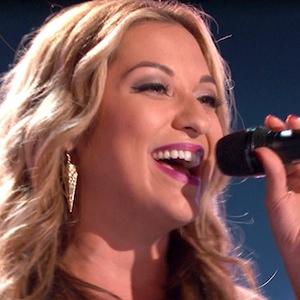 Clarissa Serna is best known as a Pop Singer. Season 6 competitor on NBC’s popular reality competition program The Voice whose rendition of The Cranberries’ “Zombie” blew away all four judges during the audition round and even skyrocketed the original 1994 version of the song back into the top 10 on the iTunes alternative chart. Clarissa Serna was born on October 1, 1986 in Corpus Christi, TX.

She was born in Corpus Christi, Texas. She has two nieces named Emma and Sarabela. She performed regularly for family and friends and sang in church in her early teens. She then started singing at cafes and restaurants and would eventually become one of the more renown female club singers in all of South Texas by her early twenties.