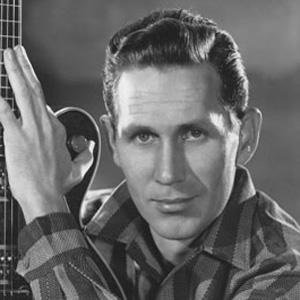 Chet Atkins is best known as a Guitarist. Guitarist, vocalist, and record producer who recorded with many different performing artists, from Elvis to Hank Williams Sr. He has won the Instrumentalist of the Year honor from the Country Music Association nine times. Chet Atkins was born on June 20, 1924 in Luttrel, TN.

He married Leona Johnson on July 3, 1946 and they had one child together. He traded an old pistol and did some chores for a guitar when he was nine. He began playing seriously when he was in high school.