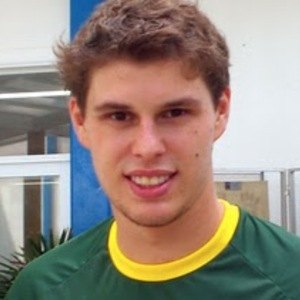 Bruno Rezende is best known as a Volleyball Player. Volleyball setter who earned a gold medal at the 2016 Rio Olympics as a member of the Brazil national team. He previously earned silver medals at the 2008 and 2012 Olympic games, and was crowned Italian League champion as part of Cucine Lube Civitanova in 2016. Bruno Rezende was born on July 2, 1986 in Brazil.

His parents Bernardinho and Vera Mossa were also professional volleyball players. He began his youth volleyball career in 2003. He first joined the youth branch of Unisul Florianópolis.