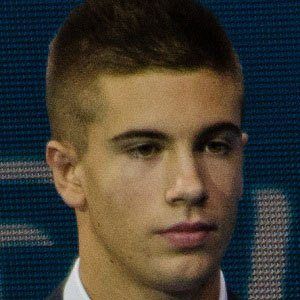 Borna Coric is best known as a Tennis Player. Croatian tennis player who received the ATP Star of Tomorrow award in November 2014 for being the youngest player ranked in the ATP Top 100. Among his most notable victories is his win over Rafael Nadal in the quarterfinals of the 2014 Swiss Indoors. Borna Coric was born on November 14, 1996 in Zagreb, Croatia.

His parents are Damir and Zeljka Coric. He has a sibling named Bruna. He was born in Zagreb, Croatia and began playing in Junior Grand Slam Tournaments in 2012.