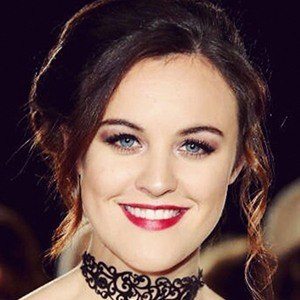 Ashleigh Butler is best known as a Reality Star. Best known for winning the reality series Britain’s Got Talent following a dance performance with her mixed-breed dog, Pudsey, this television phenomenon later hosted a reality series called Who Let the Dogs Out? Ashleigh Butler was born on February 7, 1995 in Northampton, England.

She started dating acrobat Zac Smith in 2016 after he became a dancer on her tour. Her dog, Pudsey Bear, passed away in November 2017. She and Pudsey earned a standing ovation after dancing to the soundtrack of The Flintstones during their Britain’s Got Talent audition in 2012.