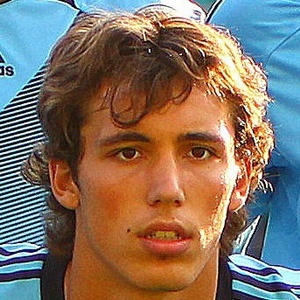 Alejandro Grimaldo is best known as a Soccer Player. Spanish left back who signed with Portuguese club S.L. Benfica of the Primeira Liga in 2016. He previously played for Barcelona’s reserve B squad between 2011-2015, where he netted his first professional goal in September 2014. Alejandro Grimaldo was born on September 20, 1995 in Valencia, Spain.

He was originally born and raised in Valencia, Spain. He joined Barcelona’s youth system in 2008. He made his debut for the B-team in the Segunda Division in 2011.