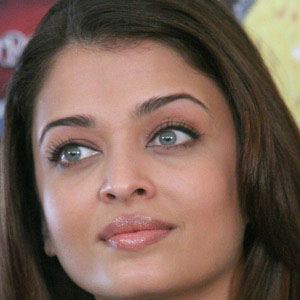 Aishwarya Rai Bachchan is best known as a Movie Actress. Actress and model who won the 1994 Miss World Pageant, gained fame for her role in Taal, and became an international star for her award-winning role in Devdas. Her other films include Dhoom 2 and Guru. Aishwarya Rai Bachchan was born on November 1, 1973 in Mangalore, India.

She married fellow actor Abhishek Bachchan in 2007, and gave birth to a daughter in 2011. She named her daughter Aradhya Bachchan in 2012. She began her professional career as a teen model for Camlin Pencils and later won a Ford supermodel contest and appeared in Vogue.